From June 14-18 I was in Grand Rapids Michigan for the Acton Institute’s Toward a Free and Virtuous Society conference; I had a great time. The conference itself was really interesting and was one of the best organized I’ve ever attended. This was the first (of what they hope to be an annual) Acton Symposium, which will bring together their alumni and Christians from various walks of life. This years included the introductory Toward a Free and Virtuous Society track as well as Toward Effective Compassion (for people working at non-profits), The Catholic High School Teacher’s Conference and the Alumni Conference on Globalization. 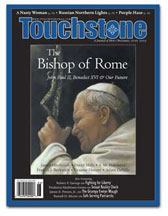 June has been a very full month for me and I’ve only recently had the time to even consider working on the blog, which as you can probably see, I’ve redesigned. I’ve done a lot this month: been to the west coast, to Michigan, two conferences, had some wonderful things happen in my personal life etc… I plan to post some commentary later today on the conferences I went to. Until then, blessings.