Buy this book. And a Smoker.

I love barbeque.  I love history.  I love local color and stories.  I like to cook.  This book satisfies all these passions.  You should check it out: 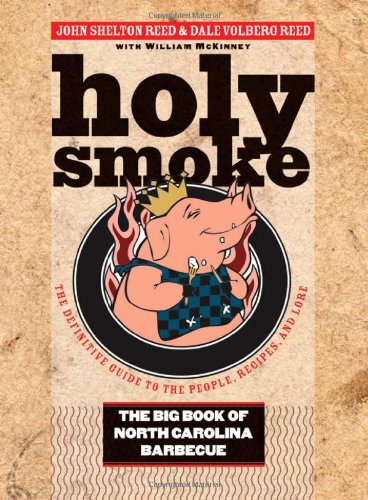 Nice to meet you

Anna and I officially met Eli Joseph Howard this morning and look forward to his arrival in April!

Update: Video of the ultrasound

Eli’s First Movie from Joseph B. Howard on Vimeo.

Hello, who are you?

This morning Anna and I have an appointment that is supposed to tell us whether the baby we’re awaiting is a girl or boy. Obviously our only preference is that TLH (that’s “The Little Human” or “The Little Howard”) be healthy. I’ve had a growing anticipation of this day, despite the fact that Anna (planner that she is) initially had to convince me that finding out was the better option. This anticipation isn’t based on the fact that we’ll be able to buy blue or pink paint (I don’t think we’ll use either actually) but is fueled by the fact that today we’ll be one step closer to actually meeting our baby. We get to move on from “TLH” and start using a name–you’ll find out later today. In effect we get to say “hello, who are you?” today.

Several years ago I was in a book/record store looking at some bluegrass & old time music when a quote on the back of a CD caught my eye.  It made an impression because I’d fought the same battle of pronunciation between Appa-latch-a and Appa-lay-chia (which usually began with having my own corrected) many times growing up.  I can’t remember the name of the album, but I finally found the origins of the (heavily abbreviated) quote, and I thought I’d post it in context:

“Over in Northern Ireland once I visited a beautiful walled city that lies east of Donegal and west of Belfast.  now for the last thousand years or so the Irish people who built that city have called it Derry, a name from darach, which is the Gaelic word for ‘oak tree.’  But the British, who conquered Ireland a few hundred years back, they refer to that same city as Londonderry. One place: two names.

If you go to Ireland, and ask for directions to that city, you can call it by either name you choose.  Whichever name you say, folks will know where it is you’re headed and mostly likely they’ll help you get there.  But you need to understand this: When you choose what name you call that city–Derry or Londonderry–you are making a political decision.  You are telling the people you’re talking to which side you are on, what cultural values you hold, and maybe even your religious preference.  You are telling some people that they can trust you and other people that they can’t.  All in one word.  One word with a load of signifiers built right in.

Now, I reckon Appalachia is a word like that.  The way people say it tells us a lot about how they think about us.  When we hear somebody say Appa-lay-chia, we know right away that the person we’re listening to is not on our side, and we hear a whole lot of cultural nuances about stereotyping and condescension and ethnic bigotry, just built right in.  So you go on and call this place Appa-lay-chia if you want to.  But you need to know that by doing that you have made a po-li-ti-cal decision, and you’d better be prepared to live with the consequences.  Friend.” (Sharon McCrumb, “The Songcatcher” from chapter 5, cited in Listen here: women writing in Appalachia by Sandra L. Ballard, Patricia L. Hudson, p405-406)

Well, there you have it… I can’t speak for the accuracy of this parallel from the Northern Irish or Irish perspective, but the point about how some choices carry more weight than we know comes across well.

END_OF_DOCUMENT_TOKEN_TO_BE_REPLACED

At the Vandy Nurse Midwives Office

Anna and I are at our first official appointment with the Vanderbilt nurse-midwives this morning.

Anna and I saved an old hymn board from the trash heap a while ago and I took some time to clean it up.  After some thinking about different ways of using it (is there a way to fit cork board on it, maybe we could use it to leave notes, lists etc…) I came up with the idea of finding some magnetic stainless steel (some of it’s not magnetic you know) and cutting it into strips the same size as the original letters and numbers that would’ve slid into the slots.  [Credit where credit is due: I *did* get the idea for a stainless steel magnetic board from a project Anna did with the youth at Trinity Winchester several years ago].

After hanging and leveling the board (which I did with one of these things), finding the right gauge of metal, getting some upright metal snips (like these, only with the red handle) that were sharp enough to cut it while being angled enough to keep the metal from cutting me, I measured out the sizes we’d need and went to work.   A little over an hour including regular talk and water breaks, and viola, we had a great place for the magnetic poetry that had been displaced by our new non-magnetic stainless-steel fridge when we moved into the house.

I’ve also found it’s a good way to get over writer’s block and it adds some fun to the office/library.  Take a closer look:

To add to the effect, here’s one of the songs I listened to as I worked.  David Olney’s Jerusalem Tomorrow.

Linkage: Interesting reads from around the net

Below are just a few of the things I’ve been reading over the past few days.  Check them out:

At the beginning of last week my dad came to visit and we started work on a shed.  By the end of the week I’d taken Anna to see little horses and made my first ever vegetarian chicken*.  Here are some pics:

*To answer any lingering curiosity, the vegetarian chicken is actually General Tso’s chicken made with ground flax-seed as an egg-white substitute. something vegertarians/vegans often use. Just not with meat.

Someone I know recently overheard a group of older folks at a local church event seriously discussing how clergy don’t really work during the week–they just sit in their studies and read (all while a priest was incognito at the table).  Here’s hoping none of these folks pass on a weekday, since that would mean tearing ourselves away from reading to bury them–and who wants to do that?  I’d much rather stay in my study :-p

Seriously, if these folks ever wonder why the average pastor lasts five years before hanging it up and going back to secular work, they should mosy on over to the mirror.

I stopped watching Bill O’Rielly long ago–and since I don’t have a TV at the moment, I don’t watch any of the Cable Newsertainment channels, whether CNN, MSNBC or Fox. I stopped watching O’Rielly when I realized that he displayed an amazing degree of ignorance or oversimplification when he discussed subjects with which I was familiar. I then concluded that I shouldn’t expect him to do any better when reporting/discussing topics about which I was not familiar; so I decided it was better to get my information elsewhere. My opinion has been confirmed many times since, most recently in an interview O’Reilly did with Diane Sawyer regarding poverty in Appalachia. His first mistake? In my book it was pronouncing it “Appa-LAY-shah” instead of “Appa-LATCH-ah,” but that’s (somewhat) debatable1. What isn’t debatable is the fact that his condescension is evidence of a long-standing problem. Whether one is speaking of language2 in particular or culture more generally, the people of the Appalachian mountains have been the acceptable butt of jokes in popular American culture. Betty Wallace over at the Appalachian History blog calls for an end to it, and an end to the passivity with which most mountain people put up with it, in her post Hillbilly stereotypes: picking up pine knots and going to war (If you’re curious you can see a YouTube clip of O’Reilly’s remarks below the fold).

Bill O’Reilly’s recent contemptible rant against Appalachian Americans is only the latest example of the widespread and multigenerational problem of Appalachian hillbilly stereotypes.

Quite simply, O’Reilly reminded the world once again that people of the Appalachian Mountains are still the only cultural group in America that many people have the audacity to ridicule publicly as being of low intelligence, and worse.

How can we as a people ever overcome this pervasive hillbilly stereotype? Why do we continue to pull in our heads like turtles and pretend we don’t care and that we will survive regardless of the outside world? Well, I do care—for myself, my family and friends, and my culture—and I don’t believe that we are surviving very well or will survive in the future as a culture with a shred of honor and dignity if we do not rise up, en masse, and protest at every opportunity this kind of insensitive abuse.

We continue to loll about in our insular Snuffy Smith, Lil Abner, Mammy Yokum, Jed Clampett, grits-and-possum stereotype as if the opinion of the rest of the world does not matter, even while we are being brutalized every time someone laughs at our dialect or accent, or asks WHERE are you from, or rejects us for a job, or does not publish our writing because how could an ignorant hillbilly possibly have something to say.

A professor at the University of Colorado once said to our own Charles Frazier, “Imagine that! A hillbilly with a Ph.D.!” Even worse than the professor thinking such a misbegotten thought was that she felt entitled to publicly say it right to his face. Can you imagine her making that statement to a person of any other racial or ethnic or cultural group? “Imagine that! A ______ with a Ph.D.!”

The problems O’Reilly mentions are present in Appalachia, as they are present in any poor community, urban or rural. Meth in particular is a problem that has swept the country and has been particularly devastating in rural areas. Additionally, while I am one to push for personal responsibility and accountability, as someone who grew up in Western North Carolina–an area of the mountains that has escaped the worst ravages of industrialization such as coal mining (but has it’s own issues with exploitation in the past and rapid development and population increases in the present)–I find it interesting to note that many of the areas afflicted by the worst poverty and attendant problems are also those places that have endured the greatest outside exploitation.